Fast chargers in the world of GaN 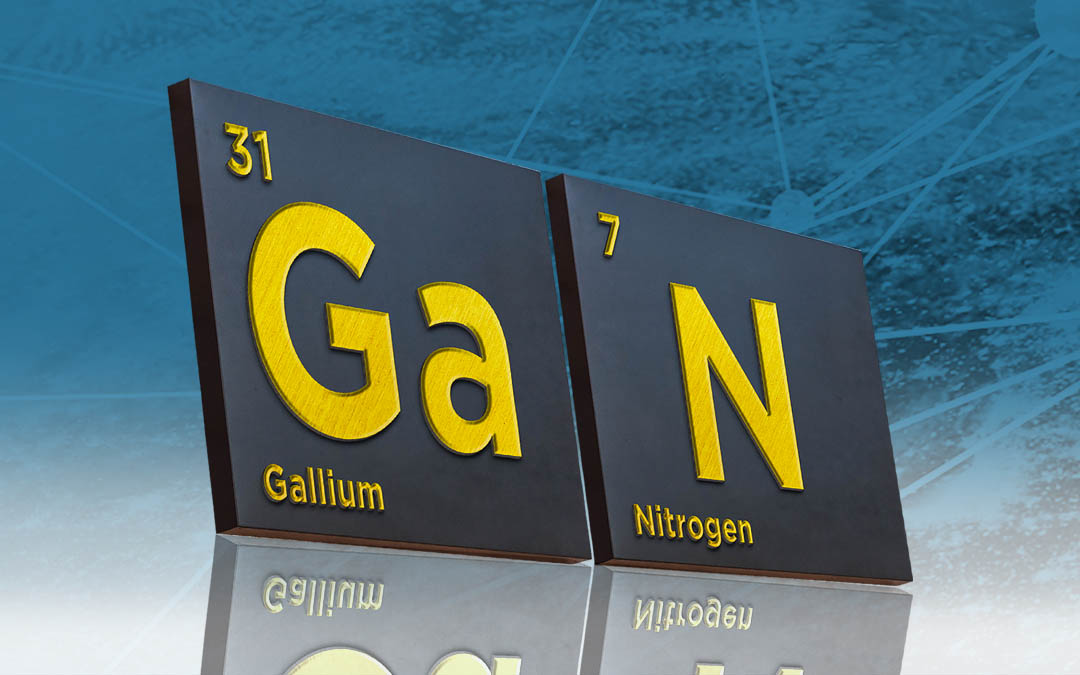 Even if not as the main element used in solid-state devices, then surely the name of the technological hub and centre of innovation in California, or more recently, the comedy series that shares its name.

It’s now a common word used to describe all things technical, but it’s old. And these days, it’s slooooooow.

People want speed, they want everything in their world to be much faster, and silicon (Si) -based devices have now reached their limit. Unfortunately, your phone isn’t getting charged any quicker if the technology it uses is still based on silicon.

Nope, fast chargers these days use the new kid on the block, gallium nitride (GaN).

Granted, it doesn’t quite roll off the tongue as well as “silicon” and it’s hard to imagine Netflix launching a series named after it anytime soon (Gallium Nitride Valley just doesn’t work) but watch out because it’s about to become the go-to technology for chargers, phones and indeed, any technology that relies on battery power.

If your wall charger doesn’t have GaN inside, then regardless of whether your phone came with a “quick charger” or not, you’re going to be hanging around. You might as well have another bagel.

Luckily, you don’t have to wait: GaN chargers are here already and they’re set to get even more popular as brands across the globe latch on to this new technology and make charging your devices faster, more accessible and easier than ever before.

Not just for mobile phones

Another development in the world of charging is that of the Power Delivery format or PD.

You’ll already have this if your new device came with USB-C port, which many do these days, even laptops and tablet devices. In fact, the EU is pushing for it to become the standard across all devices, putting an end to the confusion around which adapter to buy and reducing the number of charging cables we eventually need.

Bought a new Samsung Galaxy Note? Then you’ll have USB-C. It’s that new adapter that can be plugged in either way round, and that’s how it was first promoted way back when Google launched its first phones with it.

The Google Pixel was advertised with such statements as; “Fed up with trying to plug in your charger and getting it the wrong way round?”

Yes, plugging in chargers was sometimes tricky, but that headline completely missed the point about this new USB standard and its benefit to devices that used it.

In fact, the benefits of this type of adapter go beyond mobile phones as many tablets and laptops are now using them as their go-to charging method, and with the higher power available in GaN-based chargers, fast charging is also coming to your laptop and any other portable devices.

The power-delivery format together with a move over to USB-C cable in many more devices means in many cases you only need to carry around one wall charger. This is a boon to travellers who have often had to carry around bunches of weighty blocks of plastic, one for each device. Now, they can all be replaced by one small, fast and lighter charger.

And travel chargers is where some manufacturers have really seen the benefits of GaN-based devices.

Take the MuOne, an extremely thin charger that uses GaN to keep the internal bits nice and small, and some clever design to pack a range of otherwise clumsy travel adapters into a tiny form factor.

More and more chargers are using GaN technology as a standard now and some very important brands are starting to get on board and bring out better, smaller and more powerful devices.

But why do fast chargers need GaN?

There are fundamental reasons why GaN will replace silicon, but the key features are very stark – it’s over 100 faster than silicon and this means smaller, lighter, cheaper chargers. (Download our presentation from APEC: Click Here)

Here’s the Verge with an excellent summary and teardown of a GaN charger:

The world is getting warmer, and this is in no small part to the ever-increasing demand for energy to power all these new devices we are carrying around.

So far we’ve concentrated on charging speeds and yes, fast charging is an important issue, but there’s also the efficiency of that charging.

Much like the development of the LED bulb, the drive to efficiency was about reducing waste (in that case, heat) and converting more of it into light.

It’s estimated that in the US alone if all silicon devices were to be replaced with gallium nitride, we could see a 10% decrease in energy consumption. That’s a huge amount, and it has repercussions for not only the economy but also the environment. (source: The Verge)

And of course, there’s the reduction in electronic waste to consider.

How many chargers do you currently carry around with you in your laptop? If it’s just one, then you’re either very lucky or you’ve already moved over to GaN!

If you’re a frequent traveller, then it’s likely you have a charger for your laptop, one for the mobile phone and another for your SLR camera.

With GaN, this can be replaced with just one, incredibly small charger that can kick out over 100 Watts to charge your power-hungry Apple 16” MacBook Pro and still safely – and simultaneously – charge your iPhone and AirPods.

That has ripple effects throughout the product lifecycle.

For example, assuming the USB-C and PD standards are eventually adopted by everyone, you only need to own one charger. It could put an end to getting a charger with every device, reducing packaging, costs for the supplier and also transport costs.

Laptop power supplies are traditionally large and heavy, but gallium nitride versions are small and lightweight. And if they don’t have to ship them at all, the freight costs will drop even further.

In short, the benefits of GaN-based fast chargers are still to be fully realised, but right now there are many benefits to upgrading, and there’s really no need to wait.

Check out our product page to see an ever-growing list of chargers using this great new technology.