You Won’t Get A Charger With The iPhone 11, iPhone SE Or iPhone Xr Either 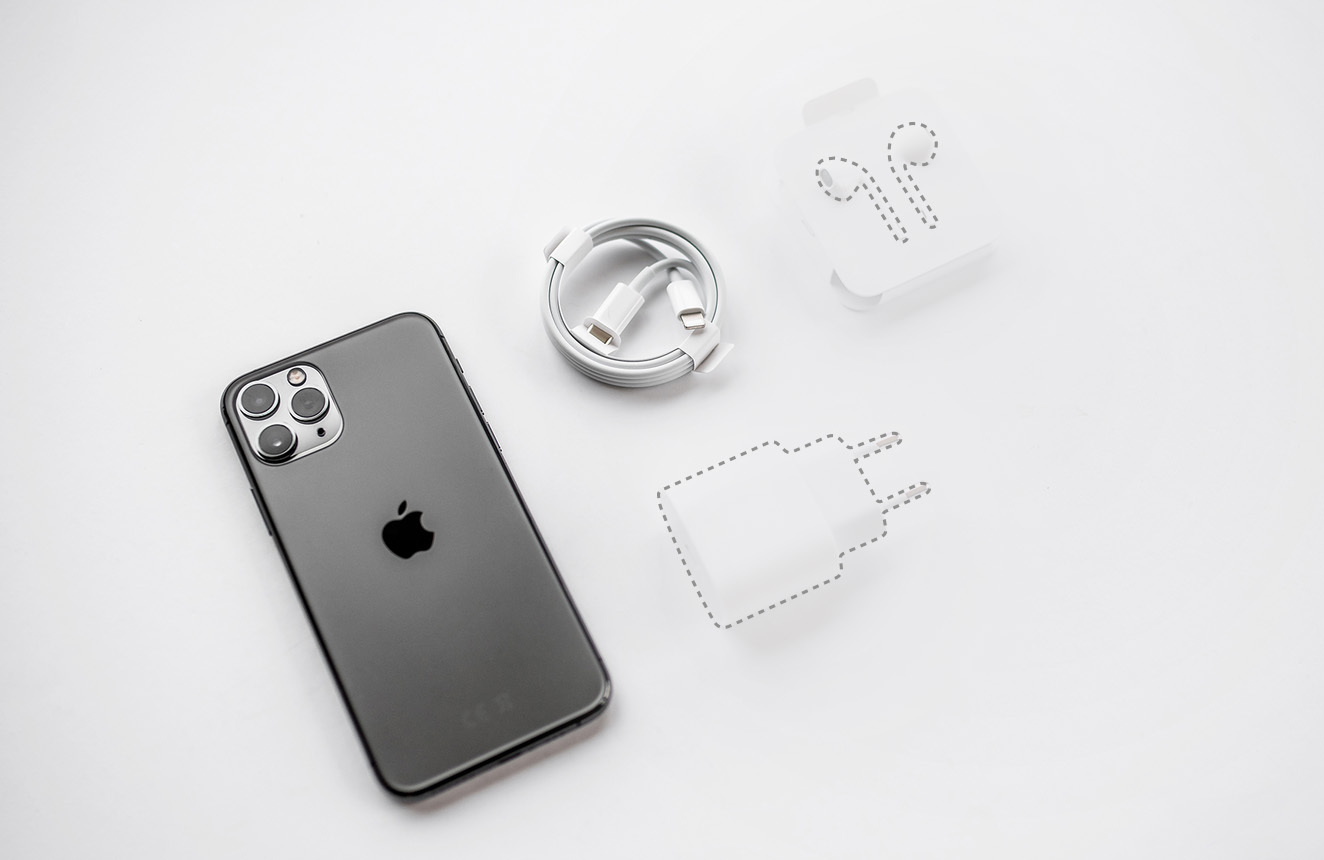 Whenever there’s a new iPhone release, the media tends to get excited about all the ground-breaking announcements that come with it.

Apple doesn’t just put posters on the side of busses to announce a new product, and they don’t do meet and greets in your local electronics store.

No, they go big, and they usually hire massive arenas that they can fill with fans who get all hyped-up enough to cheer as soon as a guy with a smart sweater walks on stage.

They positively explode with excitement when he opens a box and pulls out a new phone.

Of course, this year was very different. This year we have the Coronavirus pandemic, and so lots of people swarming together to watch someone open a box isn’t a safe, responsible event.

Instead, the Apple iPhone 12 announcement was a slick, pre-recorded affair with various presenters announcing products in-situ, or in front of gorgeously-rendered backgrounds.

So, even though we didn’t get the fanfare or the fervent crowd, we did get to see a lot of impressive technology, and, of course, the new iPhone 12.

The “big” announcement was…

Apple has announced new technology inside their flagship phones, including chips based on 5nm technology.

This new technology makes them much faster and allows people to edit 4K video with ease (so we’re told). Still, even though this is arguably the most impressive technological advance, it’s not what people tuned in to watch.

What they wanted to know about were the new 5G capabilities of the new phone, and of course, in this respect, the iPhone 12 delivers.

But then there was the confirmation that the new phone wouldn’t ship with a charger.

Which is a big deal.

It had been rumored for months that Apple would set you free when it comes to charging your new device, but the event confirmed it and gave an excellent explanation as to why.

Let’s face it, we’ve been charging phones for years now.

You probably have a box full of chargers you never use, simply because you haven’t bothered to unwrap the new ones when you get your new phone.

Why would you bother?

Charging tech has been relatively standard now for a few years, and even if your cable changes often, the bit you stick in the wall tends to stay the same.

Not putting a charger in the box means they can reduce the amount of packaging, by a lot – and they reckon to get 70% more on a transport pallet, which means fewer shipments to get the phone to your pocket and less carbon going into the air.

And who’s going to miss a power adapter when they’ve already got ten in their sock drawer?

What they didn’t announce

OK then, we’ve got over the shock of the iPhone 12 box being bereft of a charging device, but what about their other products?

Well, a quick look at their website shows that they’ve also extended this dramatic new ‘no-charger’ policy to the iPhone 11, SE and Xr.

That’s even better for the environment.

It’s also better for your pocket because this helped to drop the price of those devices, making them far better value, and potentially a more attractive buy than the iPhone 12.

It’s OK, you get a cable

Let’s discuss the technology here because some Apple fans might be wondering just how they are going to go about charging their phone.

The good news is, you still get an MFI-certified* cable. [*Originally “Made For iPod”]

As you know, they steadfastly refuse to move away from the Lightning connector standard they’ve had for years. Even though the world is now moving to USB-C, Apple isn’t following… yet?

Luckily, in a concession to the rest of the tech universe, they provide a USB-C-to-Lightning cable in the box.

What this means is, you can use almost any adapter that has a USB-C output to charge your new phone.

Guess what? There are plenty, and very easy to find.

Also, charging your phone can be a lot faster if you go for one of the new generations of GaNFast powered devices.

Gallium Nitride (or GaN) is a new material that is 100x faster than old, slow, silicon chips and allows for up to 3x faster charging in half the size and weight. More than that, you can also charge more from just one device.

Many of these new wall adapters allow you to power your iPhone, AirPods and your MacBook at the same time. Often they come with ports allowing you to charge the latest products and your old devices simultaneously.

So, whether you’re buying the latest and greatest model or deciding to save a little money by going for one the earlier versions, choosing a power adapter with GaNFast inside makes economic, speed and environmental sense.